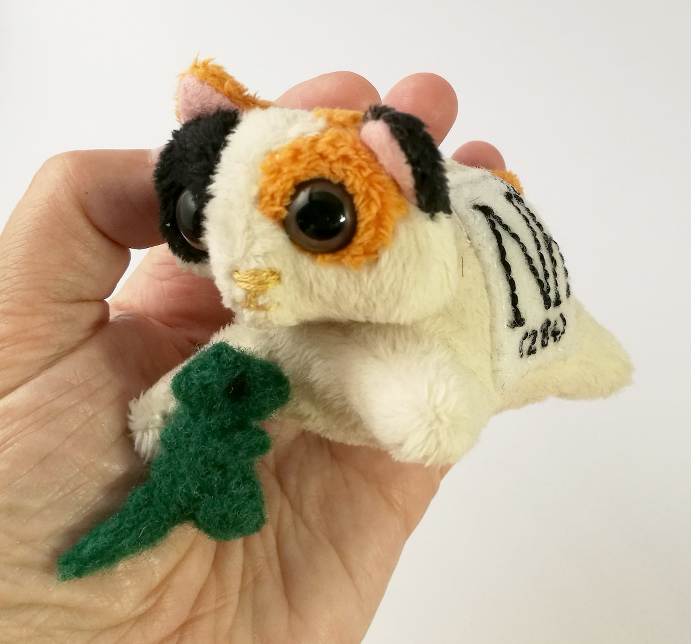 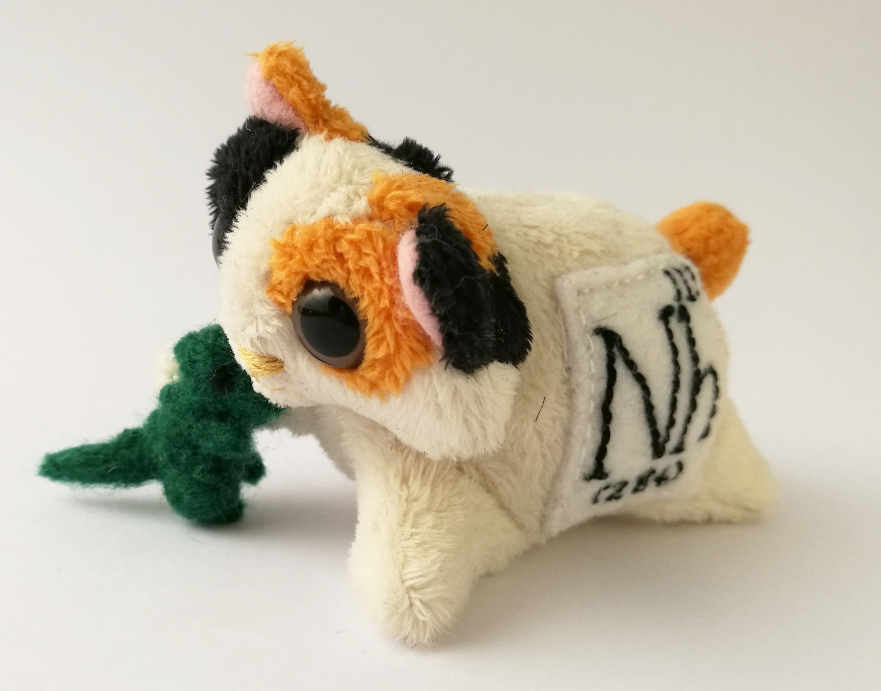 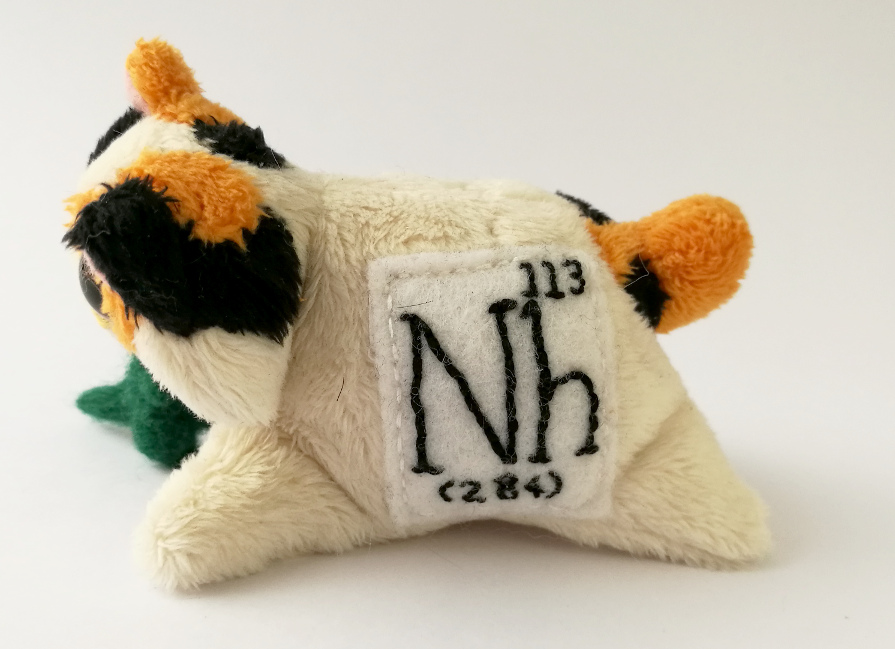 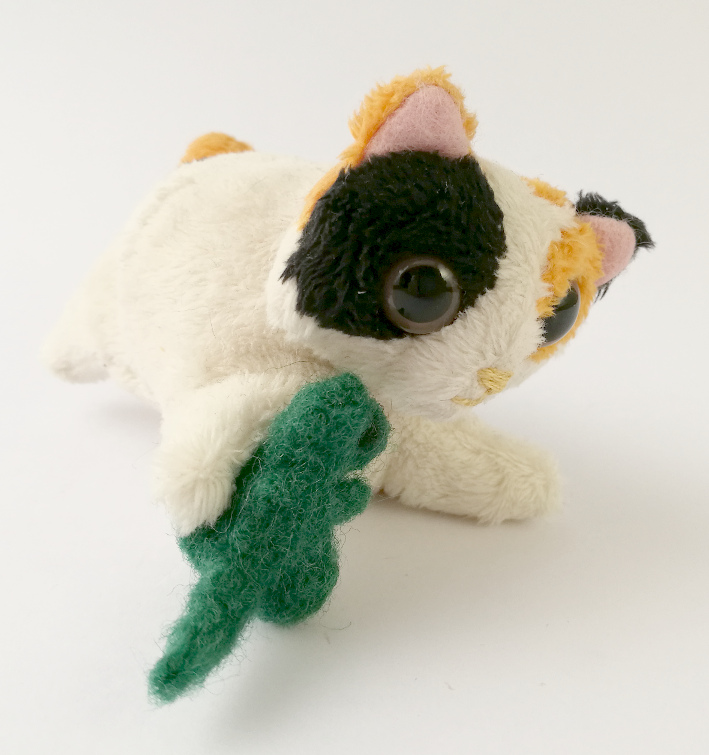 One of the newest additions to the periodic table, nihonium was officially recognised and named in 2016. It was synthesised at the RIKEN institute in Japan and is named after the country, making it the first element to be named after an Asian location. Like all the known superheavy elements, nihonium is extremely radioactive and unstable: its longest lived isotope has a half life of only twenty seconds, and it cannot be made in quantities large enough to be seen. This elemental cat is modelled upon the Japanese bobtail cat, and comes with a needle felted kaiju friend.