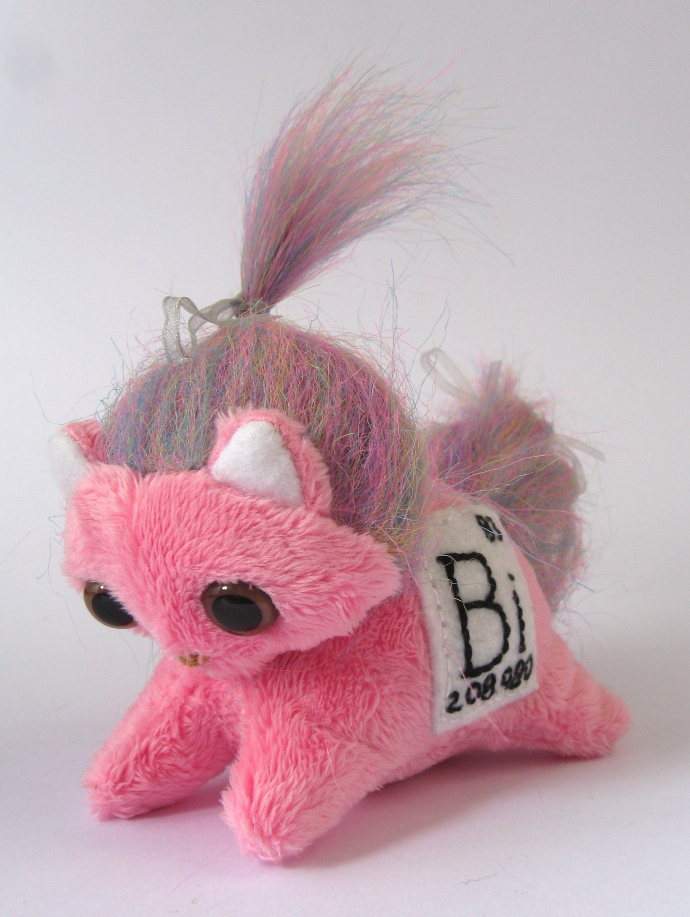 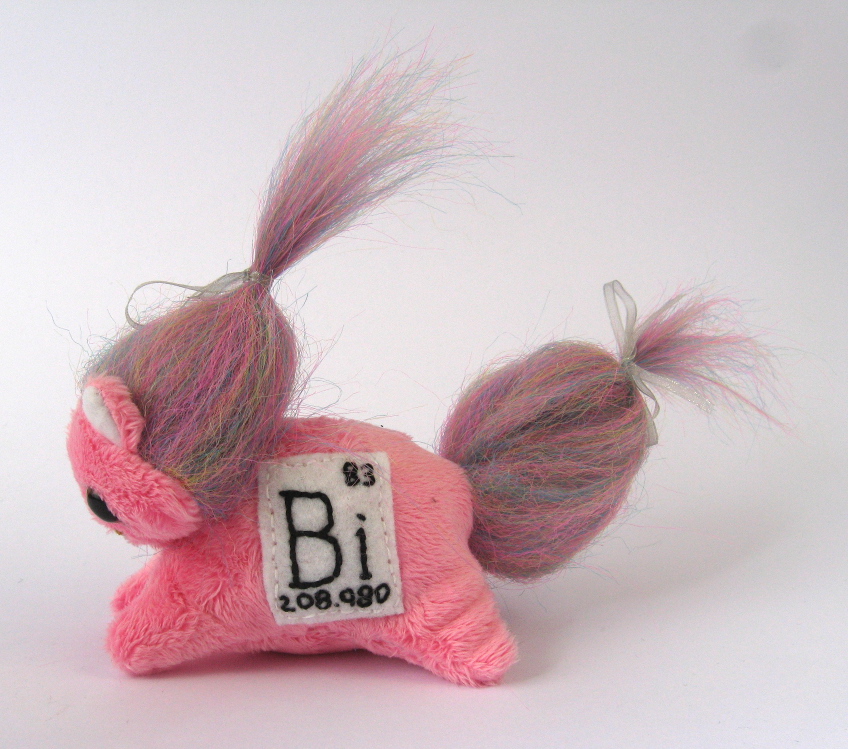 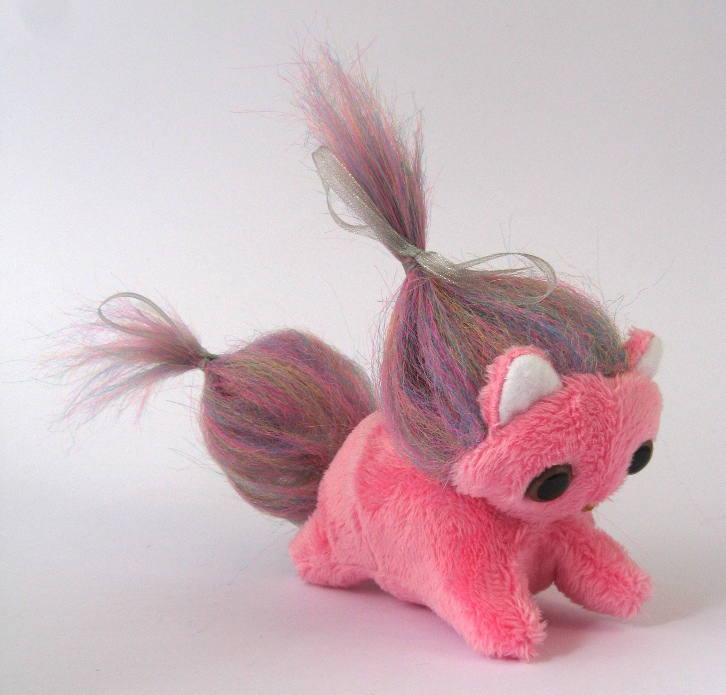 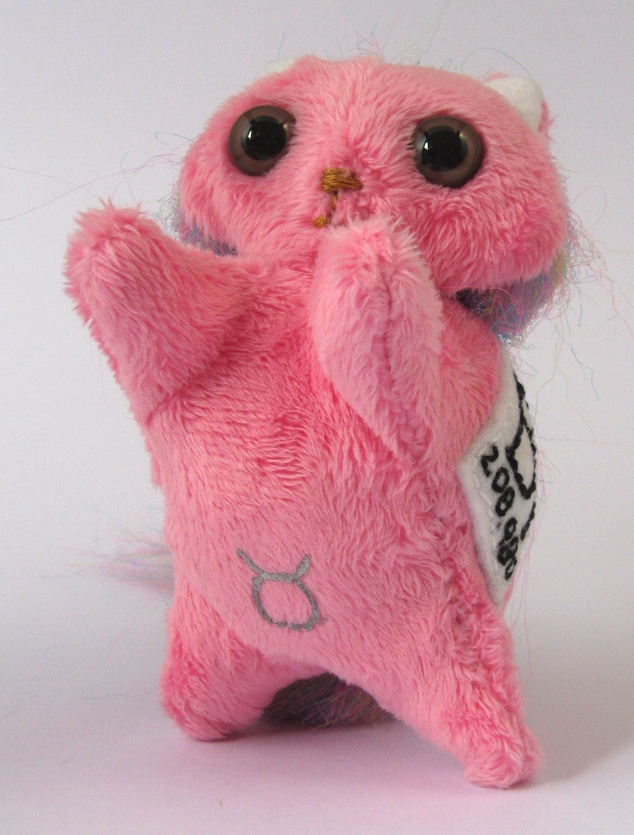 Bismuth is a heavy metal, but unlike many of its relatives such as lead it is non-toxic and is well known as part of the active ingredient in Pepto Bismol. It was once thought to be the lightest stable element, but in 2003 it was discovered to be very slightly radioactive. However, since its half life is greater than the current age of the universe, you don't have to worry about this kitty causing you any harm! Bismuth is perhaps most well known for the iridescent step shaped crystals it forms, so this Elemental Cat has a full rainbow mane and tail to reflect all that. There's also a little secret - on this cat's belly you can find bismuth's alchemical symbol.