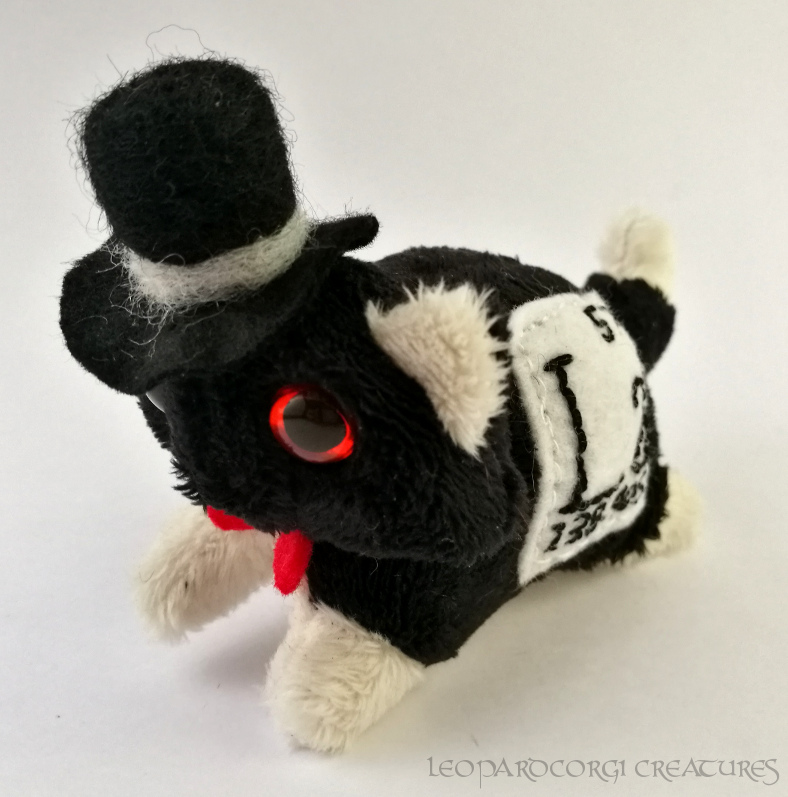 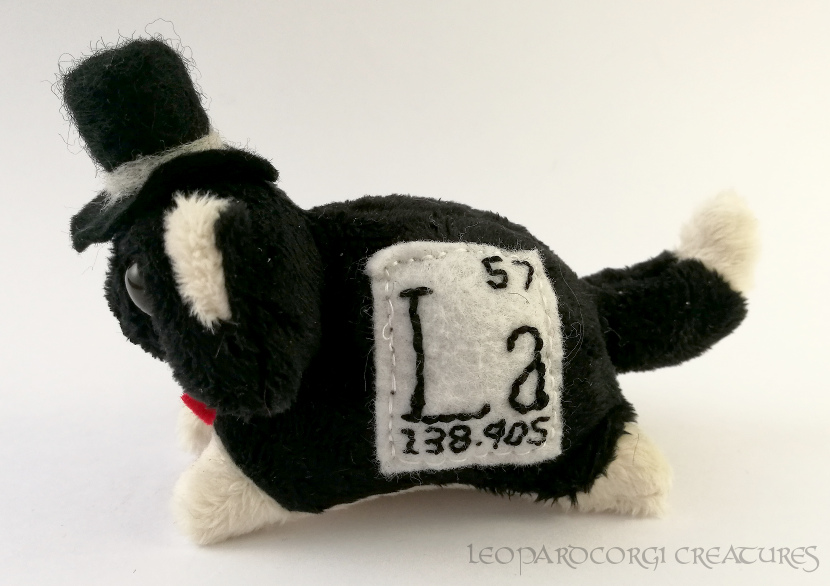 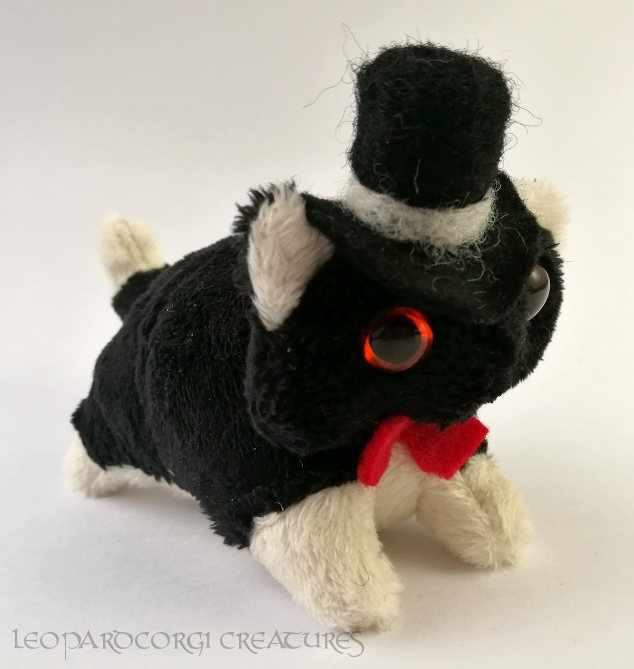 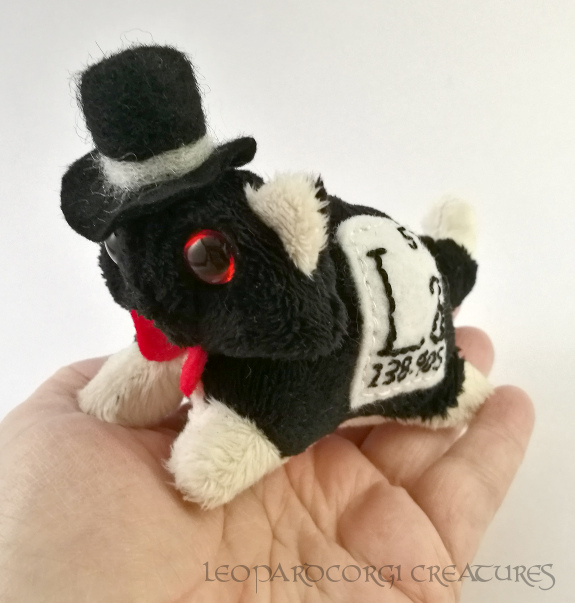 Lanthanum's name means "to lie hidden" but thanks to its use in studio lighting, this Elemental Cat is ready to stand in the spotlight. It is the first element in the lanthanide series, otherwise known as the rare earths, and like the others it is a silvery metal. Of all the lanthanides it's the most reactive, and as such was not isolated as a pure metal until the 1920s despite having been known of as an oxide for nearly a hundred years previously.