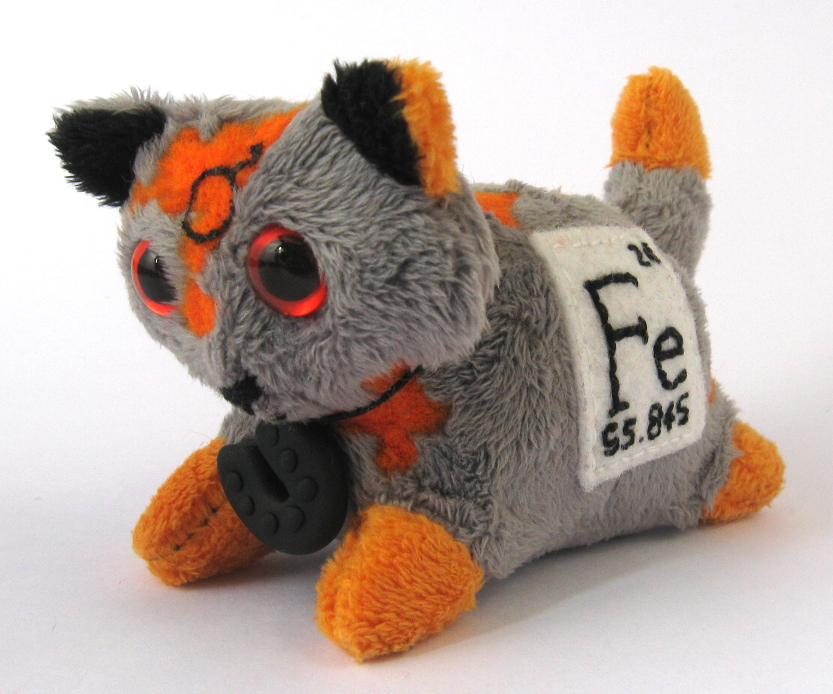 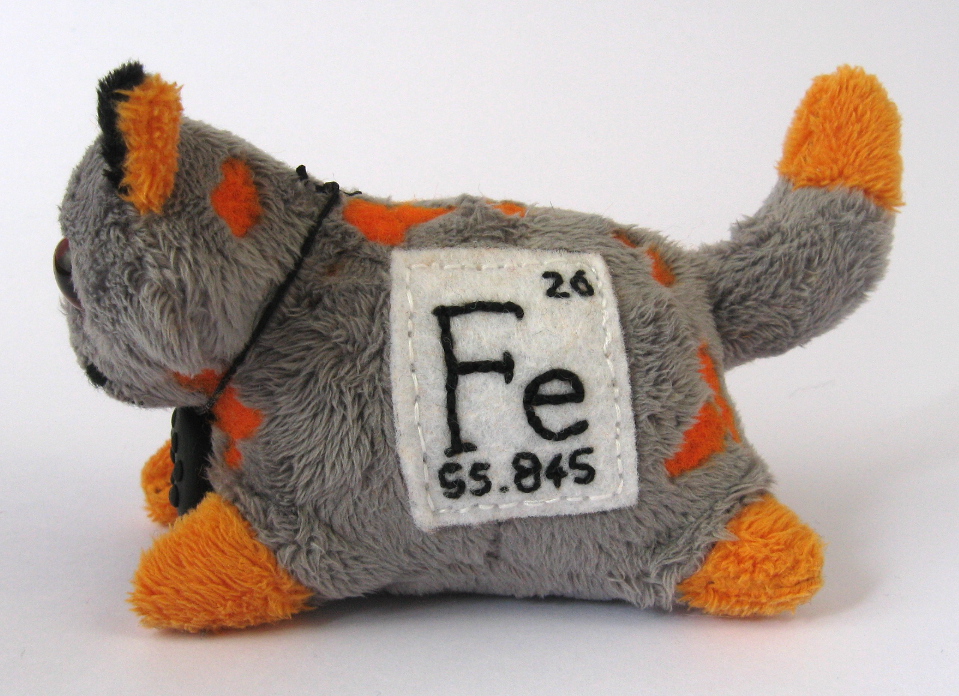 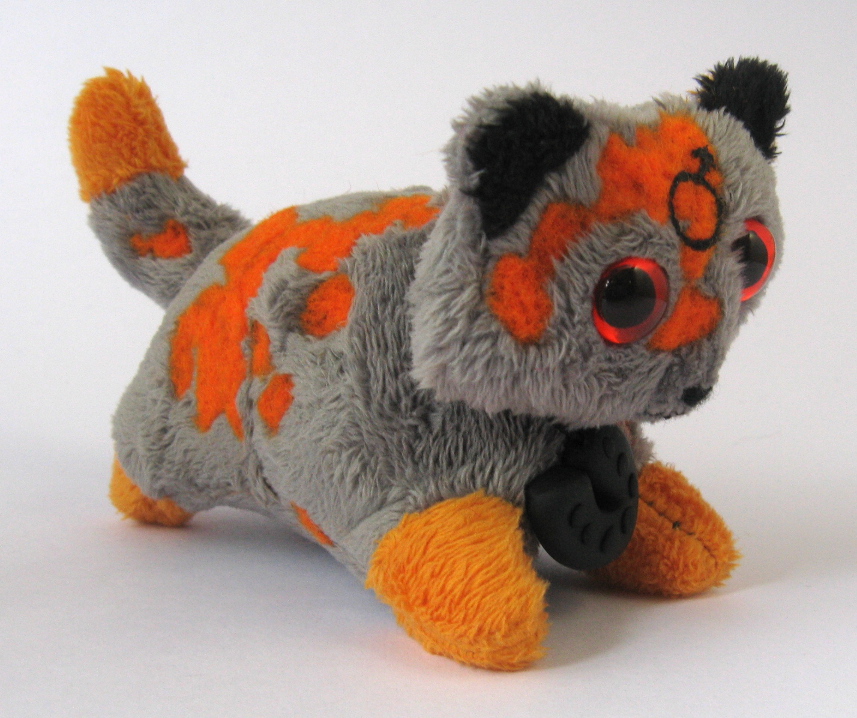 Iron, having been known since ancient times and often seen in folklore and metaphor, is one of the most familiar elements of the periodic table. Most iron is used in the creation of steel, used in construction, tools, and large vehicles such as ships. As well as being widely used it is a very common element and makes up much of Earth's core. It's also very important in biology, as it helps transport oxygen in the blood. This Elemental Cat is a deep grey in colour, marked with orange to represent rusted iron, and bears both a horseshoe charm and iron's alchemical symbol.