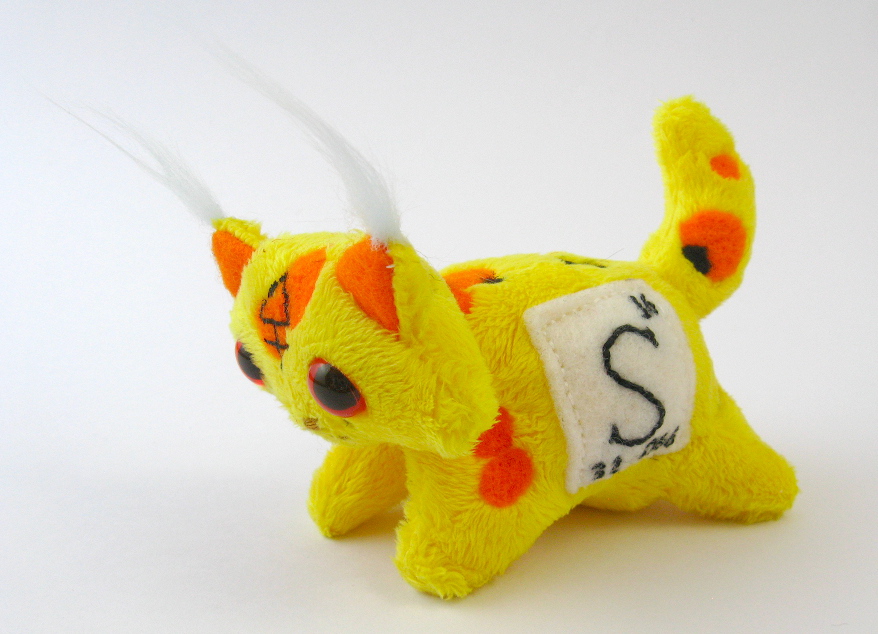 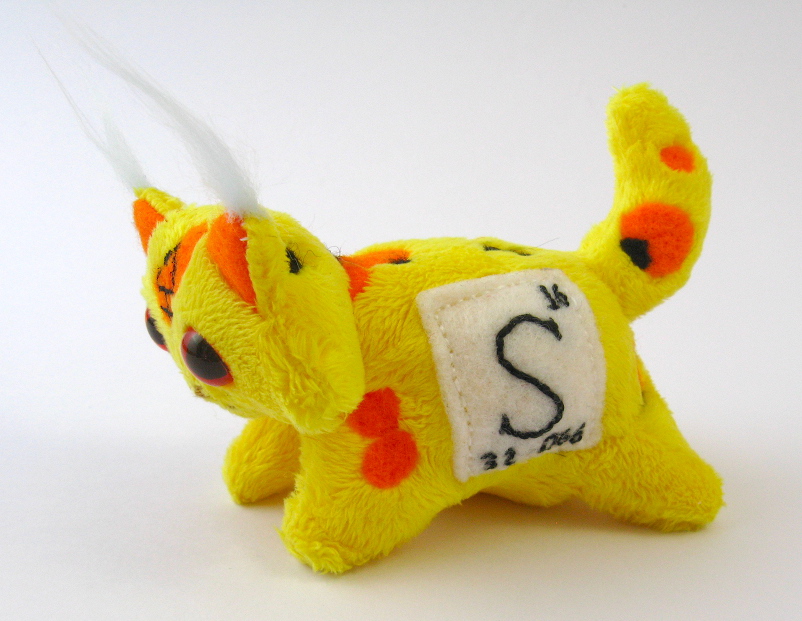 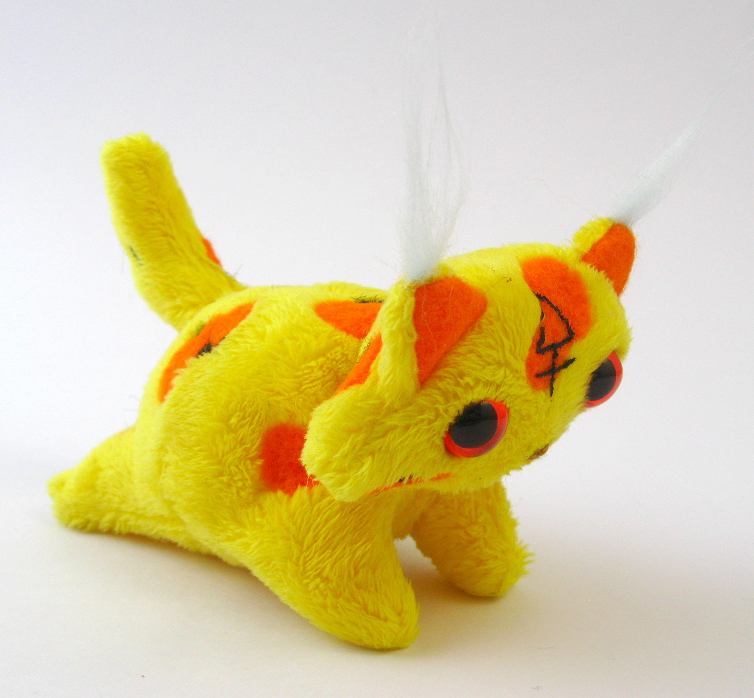 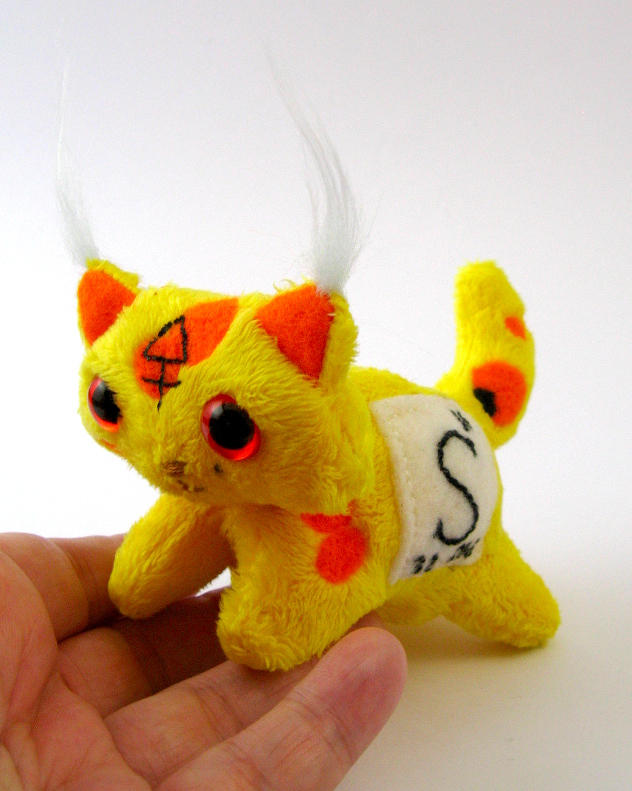 Sulfur is a non metallic element that has been known since ancient times, and is even referred to in the Bible as 'brimstone', a name also used within alchemy, where this element was considered to be one of the three basic materials, representing the soul. in modern times it has found use as a fertiliser as it is one of the major elements within the body. It is well known for its unpleasant smell and bright yellow colouration. When burnt, sulfur melts into a red liquid and creates a blue flame. Sulfur is often found near active volcanoes, and perhaps the most dramatic known instance of this activity is Jupiter's moon Io, where heavy volcanic activity has covered the entire surface with suphur compounds, creating a dramatic orange/yellow/black terrain. This Elemental Cat's appearance is inspired by Io's surface, as well as its alchemical history and vivid flames.