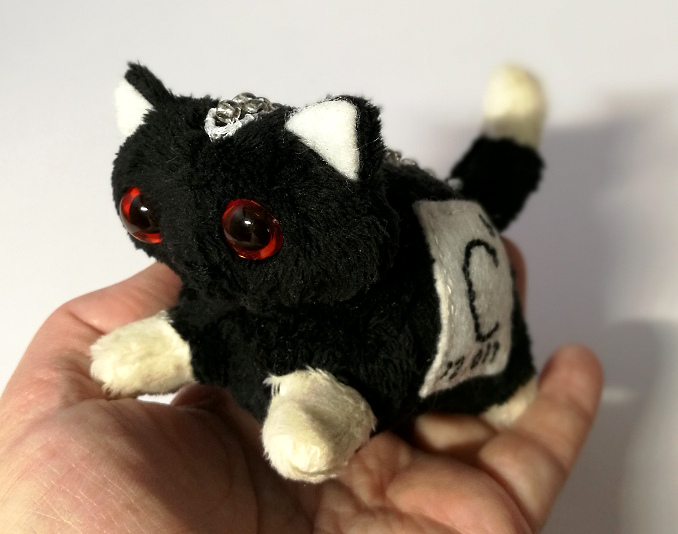 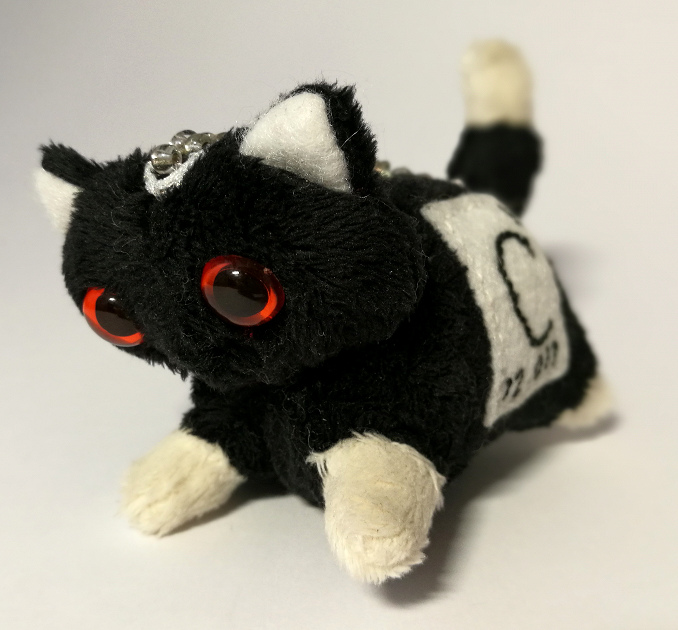 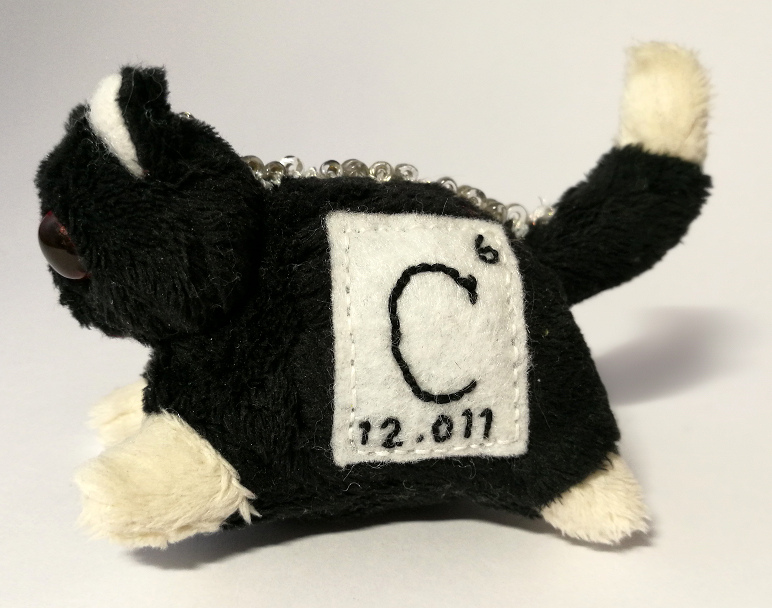 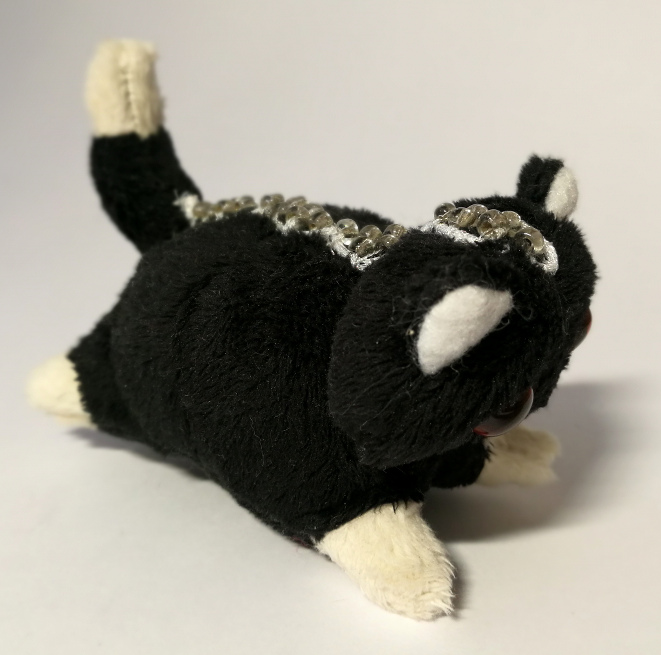 It's difficult to know where to begin talking about carbon - this black nonmetal is the fourth most abundant of all elements, and its unique ability to form chain and ring shaped molecules makes it the basis for all known life and its own specialist study - organic chemistry. There are millions of known carbon compounds and many more waiting to be formed or discovered. In nature carbon usally occurs as graphite, or diamond in its crystalline form, but it has been found to form many other allotropes including carbon nanotubes and graphine, which may have many applications in future technology. This elemental cat is black in colour to represent carbon's most common form, with white socks and tailtip representing diamond. Along its back is a beaded representation of the DNA helix, symbolising carbon's vital role in living things.